Published by Tom Hall, within the category of General

The greenhouse effect, global warming, and climate crisis are not new. We’ve known about the Earth’s natural greenhouse effect since 1824. In 1896, Swedish chemist Svante Arrhenius even suggested the burning of coal in the industrial age would increase it. Although he proposed it might be beneficial to civilisation.

It wasn’t until the mid-20th Century the negative consequences of unregulated emissions came into focus. Despite this, decades went up in smoke before it was given the crisis status of today. In 1988 the first Intergovernmental Panel on Climate Change took place (IPCC). This propelled it into the social consciousness. Sadly, it faded again.

Issue of Our Times

Why is now different? Firstly, we’ve left it at least half a century longer than we should to address it. Secondly, thousands of scientists have been speaking up about the environmental impact of human made global warming. In 2018, headlines around the world exclaimed we have just 12 years to limit global warming to a 1.5 °C global temperature rise by 2100. Beyond this temperature, large parts of our planet will become uninhabitable and droughts, flooding, and crop failure common.

In an international public poll, climate change came out on top as the issue we see as most important. This also links into a holistic sense that we, as a species, are destroying our planet’s ecological systems. We’re wising up and know we must stop. 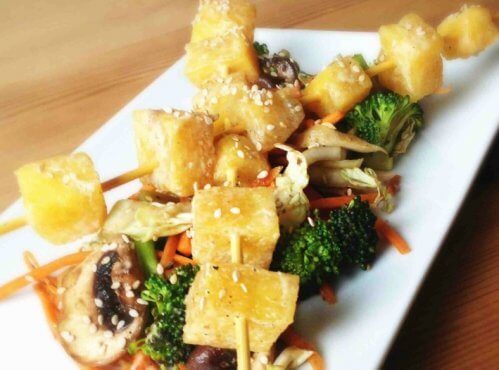 What Can We Do about It? (Go Plant-Based)

Whilst we can install solar panels and investigate the viability of electric cars—until big businesses and governments put their back into honest transformation, we’re a bit stuck. Or are we?

One powerful option we have is to change our diets—and go vegan or eat predominantly plant-based foods. Researchers at the University of Oxford found removing meat and dairy from a person’s diet could reduce their carbon footprint by up to 73%.

In fact, choosing to eat a plant-based or vegan diet may be the most environmentally friendly lifestyle choice we can make. There are many compelling reasons, here are six more below.

According to the food revolution network, if they keep expanding, by 2050 five meat and dairy corporations could be responsible for 81% of our global greenhouse gas emissions. Mindful of this, reducing our consumption of meat and dairy might be the single biggest tool we have to protect the environmental wellness of Earth.

Fresh water, as we all know, is essential for life and only makes up 2.5% of the world’s water supply. Water is not something we are able to make on large scale and so we are reliant on our natural supply. At any given moment, there is a finite amount of fresh water available to us. For our own needs, this is fine. But it is also coveted by the meat and dairy industries, on a huge scale, for feed crops and animal drinking water.

To put it into perspective, humans worldwide drink daily approximately 20 billion litres of water and cows eight times this amount, which is almost incomprehensible.

The water footprints of meat and dairy are in general, much greater than those of vegetables, fruits, and cereals (in litres per kilogram):

Already two thirds of the world’s population experiences water scarcity. This is set to intensify as our population continues growing—unless we change our eating habits. The making of animal products sucks up two thirds of our global fresh water supply. By shifting to a vegan or plant-based diet we could solve our developing water crisis.

Stops the Pollution of Water Sources

To add insult to injury, the meat and dairy industries also pollute the fresh water we drink. The most basic way is with animal waste, hormones, and antibiotics entering streams, rivers, and other water sources. This is alongside herbicides and pesticides used to spray feed crops. None of these are good for human and ecological health. Agricultural chemicals in our water cycle could be having a carcinogenic effect.

Also, the nitrogen from fertiliser, when it reaches rivers and lakes contributes to algal blooms. Simply, nitrogen does its job and fertilises algae, which goes into overdrive. The result is so many algae bacteria, they use up the oxygen in the water. This impacts aquatic life severely.

From being a rarity, to a treat, to a daily part of our lives—meat is ingrained in our dietary psyche. Being able to eat it whenever we want is seen as a human right, and we expect it to be offered at low prices. Our eating habits demand we eat billions of animals a year and their return demand, is our environment. Like us, they need land and food.

Pasture or fodder crop land is valuable. More valuable than forested land. This is the main reason almost 20% of the Amazon Rainforest has gone. Felled for cow pastures and soybean mono-cultures, 80% of which are for the international animal feed market.

Trees are one of our greatest assets in fighting climate change, by storing up carbon dioxide as part of their photosynthesis cycles. However, when they are cut down and die, they release CO2 and become a major emissions contributor. From friend to foe.

CO2 released into our atmosphere is one thing, but what about the physical impact on other species of meat fuelled deforestation? It’s believed that rainforests like the Amazon are home to 50% of our planet’s biodiversity. Deforestation destroys forest ecosystems and the wealth of species within.

If upper estimates are correct, we share our world with around 8.7 million other species. We still have over 80% to identify. Each year at least 10,000 of them become extinct, not least due to deforestation. There are millions of species at risk of vanishing before being discovered, and some flagship ones (such as orangutans) we know are in peril. 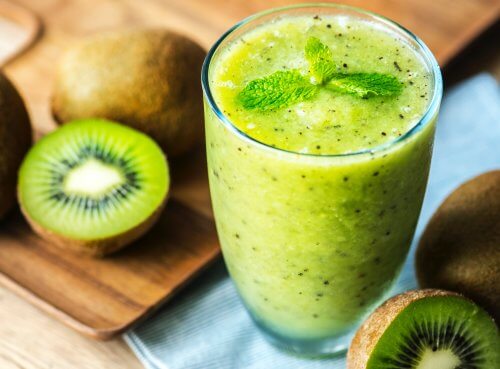 In the recent past, being a non-meat eater was smirked at. It was divergent from the norm. Now veganism, vegetarianism, and plant-based diets are common and growing exponentially as people wake up to realities of eating meat and dairy.

The Vegan Society states that by 2025 vegans and vegetarians will make up half of the UK population. This rise in popularity means it has never been easier for you to change your diet. We’re seeing an explosion of vegan meat and dairy alternatives, and creative ways to get involved with vegan cuisine. Vegan companies are even having wildly successful IPOs.

Still, at the Glass House we know it’s hard to change a habit of lifetime over night. That’s why we suggest cutting meat and dairy out slowly and acclimatising yourself. If you’re stuck for vegan meal ideas, we’re the perfect place. Our vegan cookery classes are an ideal way to take your first steps into the vibrant veganism foodscape.

Together we can work towards a safer, greener, healthier, and more animal friendly planet.

Start your journey to wellness! Sign up for exclusive offers, tips on healthy eating and wellness.
Thank you, we will be in touch soon.
Sorry there was a problem, please try again.
We never sell on data or contact details. Please view our privacy policy for more information.
Facebook Twitter Linkedin